Professor Alan Gange has had a life-long interest in natural history, particularly insects, plants and fungi. He can identify most British butterflies and moths, many plants and some fungi. He has been an academic at Royal Holloway since 1992 and was Admissions Tutor from 2000-2011 and Head of the School of Biological Sciences from 2011-2015. In these roles, he has visited many schools giving talks on how to apply to university. It was during these visits that he realised how important school grounds could be as a reservoir of biodiversity and conservation potential. In most cases this was underused and so the Biodiversity Boost project was born. Its aim is to realise that potential, using ‘citizen science’, combining outdoor learning with biodiversity enhancement. 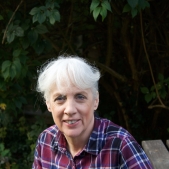 As part of her research Dr Deborah Harvey has been working with schools for the last 16 years to monitor the stag beetle and encourage them to set up habitats. She has had four Royal Society Schools grants and a NERC Valuing Nature placement working with teachers to encourage a love of biology in children, and has developed education materials as part of these projects. She also helped coordinate the RHUL Biodiversity STEM Box Challenge.

Dr Dawn Watling is a Developmental Psychologist, and Director of the Social Development Lab at Royal Holloway. She has been working in schools exploring how differences in children’s and adolescents’ social behaviour can be explained through their thoughts and feelings, and connections to others. Recently, she has begun focusing her research on how schools may influence wellbeing in their pupils. It is a result of this work that she has begun working with the Schools’ Biodiversity project team to assess how engagement with nature influences wellbeing in children.